The greatest of many challenges for marine organisms living in the intertidal is the exposure to air and its related difficulties. Different organisms have different tolerances for the challenges; they tend to live with others of similar tolerances, forming communities. (A few active organisms, such as sculpins and hermit crabs, may move from community to community with the tide.)

Bounded primarily by tide level, these communities often form visible zones on the shore. These zones are pretty reliable, but not absolute: they may vary by local conditions, such as the shape of the land and the force of the currents or surf. 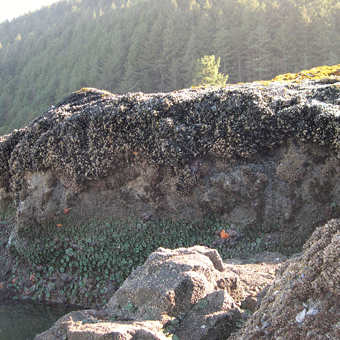 Exposure to sun, surf, and sand can also greatly impact where intertidal organisms live. Protected spots in crevasses, holes, nooks, under rocks and under other inhabitants are high-value real estate that harbors more—and different—life than less protected areas do.

Neighbors also affect communities: Some members of a community may provide shelter for other, less-resilient members—California mussels provide shelter for a large variety of organisms that live beneath them, and purple sea urchins create pits that shelter other community members, for examples. Communities can be affected by those nearby. For example, the bottom boundary of mussel beds is delineated by the upper limits of the ochre sea stars that feed on them.

What do you notice about the community patterns on the shore you’re exploring?

How do these patterns form?

The tide and currents can transport larvae to all parts of the intertidal, with many settling and attaching where they eventually won’t survive. Although you may see a youngster “out of place” where it will eventually die, most of the intertidal organisms you find are those remaining where they’re adapted to survive over the long run, through years of tides and storms. Keystone species, such as ochre sea stars, can set the stage for other community members, including California mussels.

Leave tidepool inhabitants where they are

Intertidal organisms are adapted for the places you find them…unless they’ve been moved.

Moving an animal to “a better spot” is likely a death sentence for that animal: what appears to be a small change to us may be an unsurvivable change to them. (Imagine being dropped in the Arctic in winter or the Sahara in summer.) 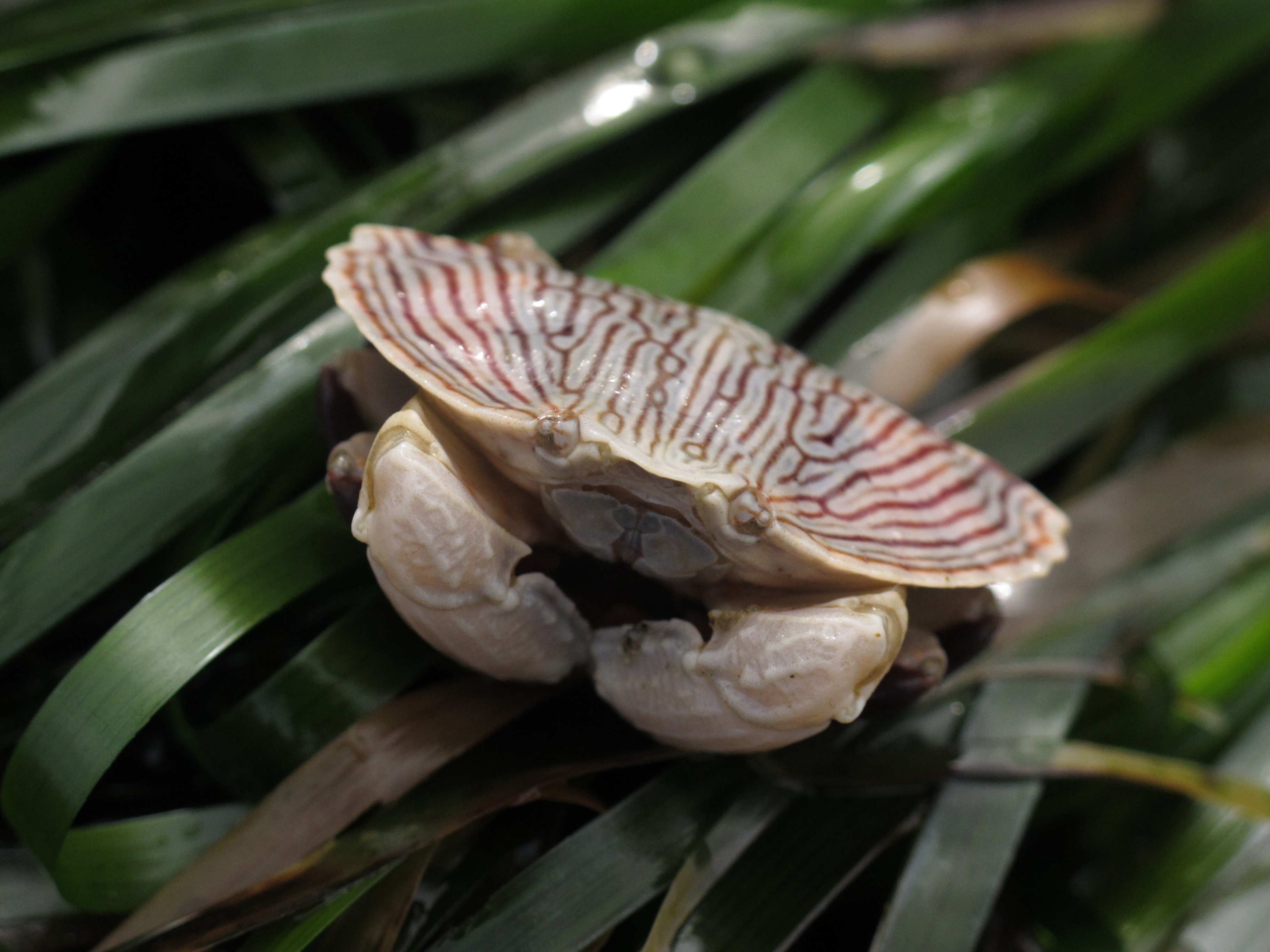